About the talk: Achnabreck is a massive rock outcrop and one of the most extensive rock art sites in Britain. It is part of a major group of Neolithic and Bronze Age monuments located in Kilmartin Glen on the west coast of Scotland. Photogrammetric analysis has brought to light hundreds of previously unrecorded carvings displaying unusual designs which have parallels in Irish passage tomb art. Many of these carvings were cut across by the later addition of cup and ring markings. Evidence for superimposition is rare at open-air rock art sites, revealing fresh insights into the origins and interpretation of Achnabreck.

About Aaron: Aaron Watson investigates Neolithic and Bronze Age monuments and has undertaken fieldwork at rock art sites across Scotland and the north of England. He is an Interpretation and Engagement Manager at Kilmartin Museum in Argyll and an Honorary Research Fellow in Archaeology at Durham University. 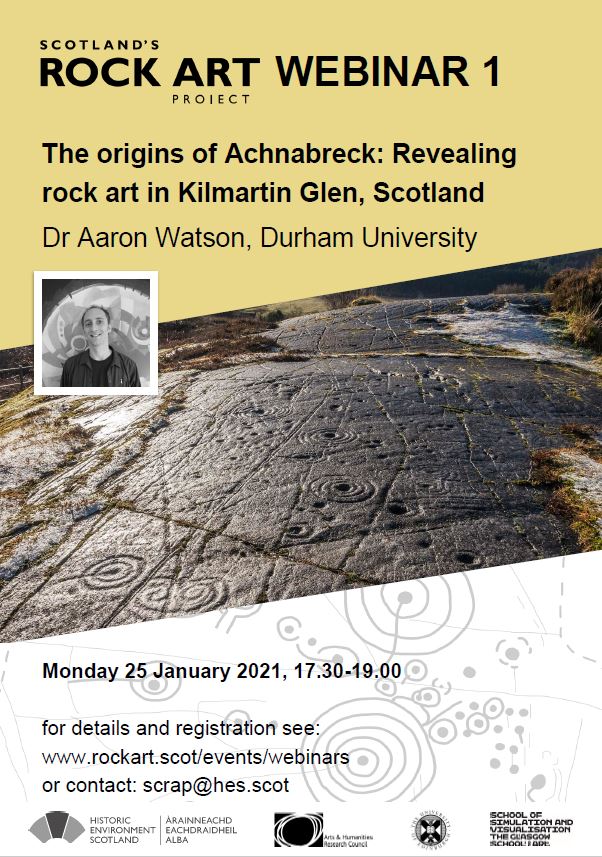