About the talk: As the number of rock art panels on record in Ireland grows year on year, with the current total of about 1000 panels island-wide - nearly half as many again as were on record six years ago - our understanding of Irish rock art is changing. This webinar will explore in detail the rock art of County Kerry (Ireland), and discuss a selection of recently discovered rock art complexes.

About Aoibheann: Aoibheann (pronounced Eve-en) is an archaeologist based in the south-west of Ireland in County Kerry. First learning of the existence of cup-and-ring rock art some ten years ago, she began studying archaeology at graduate level in University College Cork in 2014. In the course of her earlier surveys which targeted paths of desire through the landscape and well as low elevation areas, rock art was identified in 15 townlands where none was previously recorded. With a professional qualification in law as well as a background in fine art, Aoibheann’s research approach is both rigorous and informed by her experience and appreciation of rock carving. She deconstructs rock art down to the level of the individual pick-mark and works on the assumption that each such mark was created with conscious intent. Concepts of unfinished, random or amorphous are anathema to this approach. 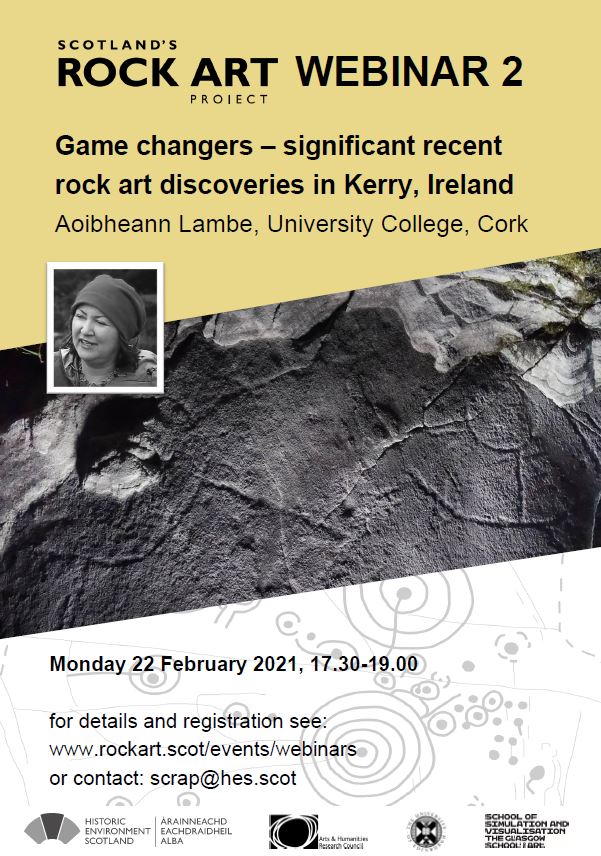