About this talk: With a catalogue comprising more than 3,400 rocks which include tens of thousands of engravings of both abstract and naturalistic motifs, the rock art of the Northwestern quadrant of the Iberian Peninsula - which includes territories of both Spain and Portugal - is one of the most complex in Europe. However, despite the fact that research has been going on there for more than a century, there are still many pending questions regarding this phenomenon. In this webinar, some of the main features of the rock art of the Iberian Northwest will be discussed, ranging from the composition and variability of the catalogue to its spatial distribution. Likewise, the major steps forward that have been taken in the research of this phenomenon over the last decade will be presented. 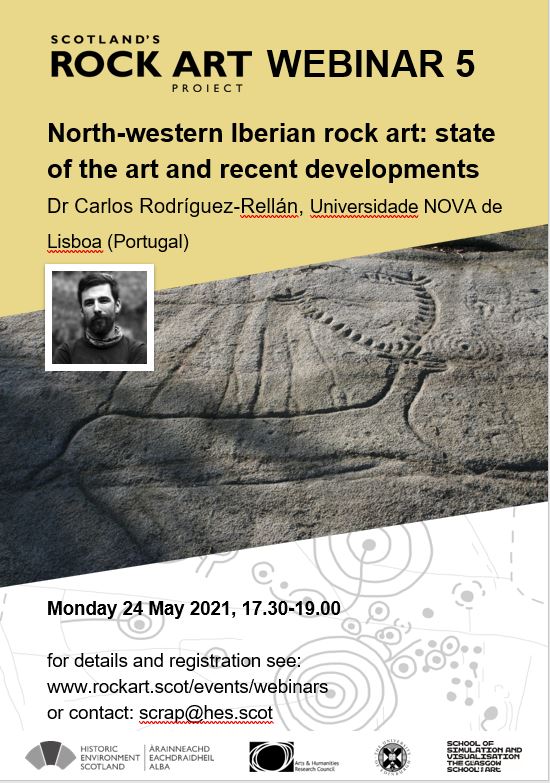