About this talk: The northwest of Iberia is a particularly interesting region for the study of European prehistoric art for it is one of the few regions where two major rock art traditions are known to meet along a tangible geographical boundary. Yet, until the early 2000s, they were believed to be sequential in time and that is perhaps why they have never been the object of a joint in-depth study. Each tradition echoes distinct supra-regional connections. On one hand, Atlantic Rock Art, best known as “cup-and-ring marks” in Britain and Ireland, is almost exclusively carved on open-air outcrops, and finds its southernmost limits of distribution in NW Portugal. On the other hand, Schematic Art is typically painted on rock shelters and expands across the western Mediterranean. An investigation into the dialogue between the two traditions meant thinking about the processes of transmission, adoption, rejection and dilution underlying their presence in neighbouring regions. The circumstance of carrying out a comparative study allowed us to look beyond what had been seen, to challenge the traditional chronology of Atlantic Rock Art and reinforce the idea that both rock art traditions influenced two megalithic art styles.

About Lara: Lara Bacelar Alves is a Doctoral Researcher at the Center of Studies on Archaeology, Arts and Heritage Sciences (CEAACP) of the University of Coimbra (Portugal). Her main interests are rock art studies and anthropology of art. From 1997, her research has focused on the socio-cultural contexts of Iberian Late Prehistoric Art and the relationship between the different traditions that come together in the region. She lectured at Minho and Lisbon Universities. As a FCT post-doctoral fellow (2009-2018), she directed a number of multi-year research projects and is currently responsible for LandCRAFT, an investigation into the Schematic Art of the Côa valley. 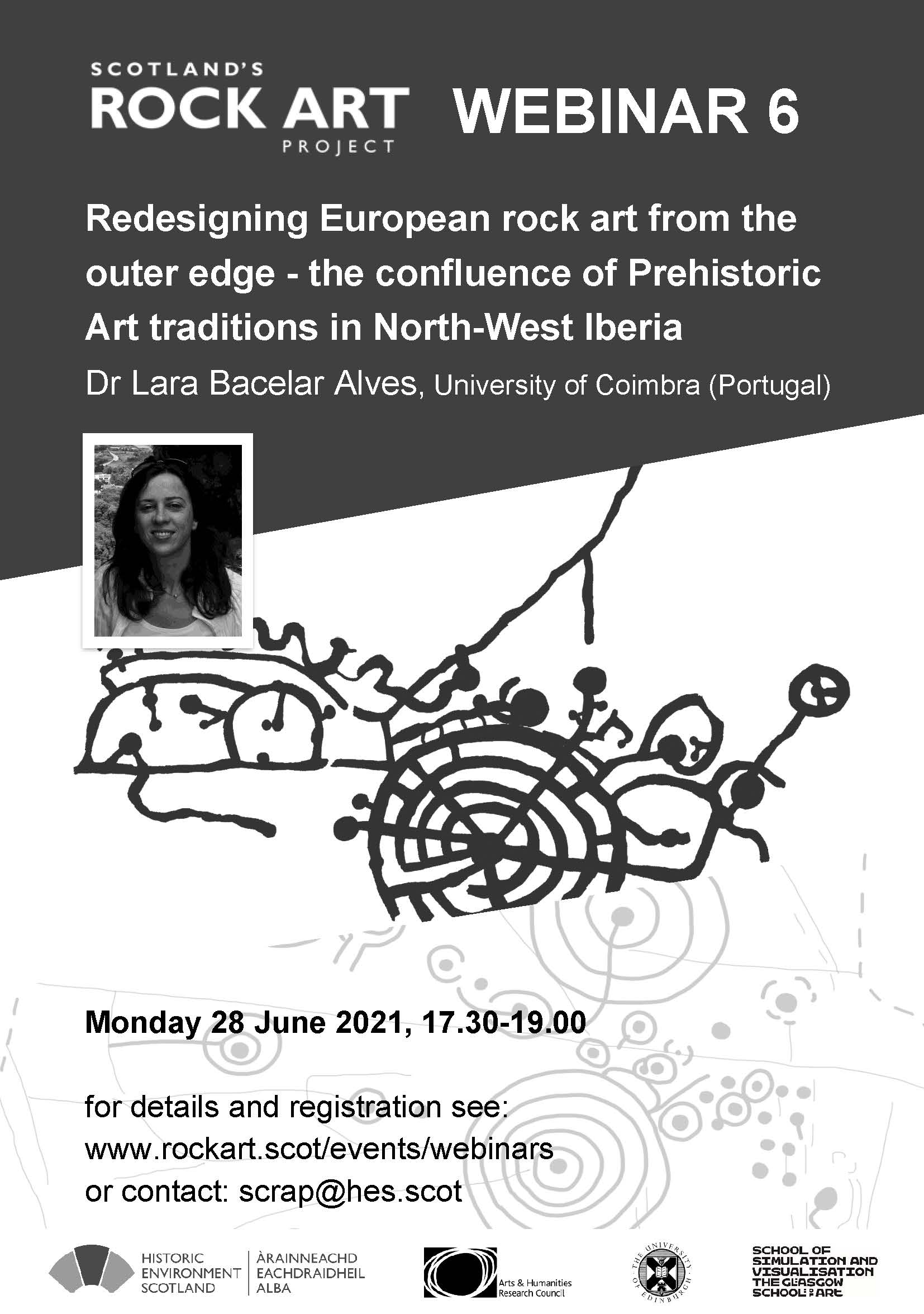