Douglas Scott, Independent Researcher. Rock art, the sun, the moon and the ancestors

About Dougie and this talk: Douglas (Dougie) Scott is a retired silver and goldsmith based in North East Scotland. For the last 40 years he has been surveying and photographing ancient monuments, many of which contain rock art, with regard to their possible solar and lunar orientations. Of the 3000 or so rock art sites scattered throughout Scotland, about 100 were built into monuments that also align with the sun and moon at different times throughout their known cycles. As most of these monuments were associated in some way with the dead, Dougie began to think that they were expressions of supernatural beliefs linked to the ancestors, rather than being used purely for astronomy.  By merging archaeology, astronomy, and how these monuments were viewed in the Early Medieval period, we can perhaps gain a closer insight into how they and rock art might have functioned during the Neolithic and Bronze Age. 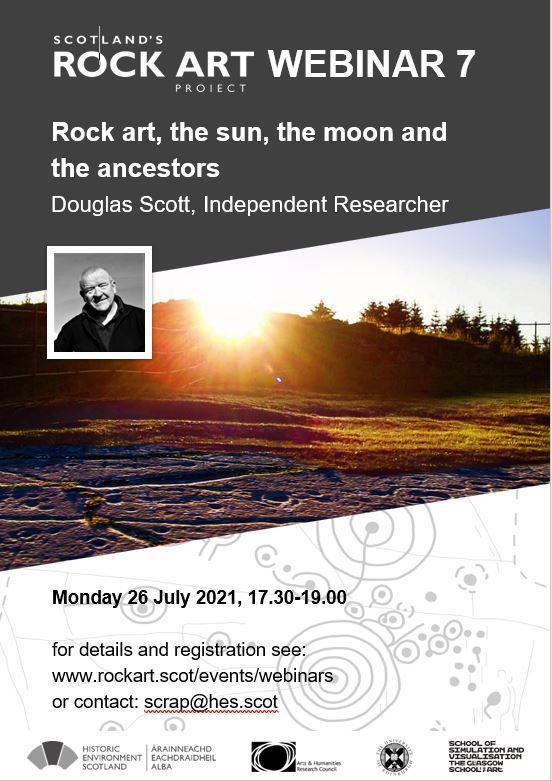