Cup-and-ring motifs were first discovered in Britain in the 19th century. In the 1820s, John Langlands, a landowner in Northumberland, noticed an immense carved rock on his land at Old Bewick. He considered that the deeply engraved, enigmatic motifs on this magnificent rock were very ancient. This sparked wide curiosity, and led to the discovery and documentation of many more rock art panels. It also led to suggestions about their possible origins and meanings. This work provided the foundation for future research.

The late 19th century ‘pioneers’ of rock art research included Tate, Sir James Simpson, Collingwood-Bruce, Canon Greenwell, and J. Romilly Allen. These antiquarians all published invaluable accounts and detailed drawings of the carved stones. The work of James Simpson was particularly important in Scotland because his descriptions of the carved rocks included information about their settings, local geology, and natural features, as well as the motifs themselves.

Rock art in the 20th century

Following this early flurry of activity, there was limited study of British rock art until the later part of the 20th century. From the 1960s onwards, a handful of dedicated specialist amateurs discovered and recorded thousands of carved rocks. Stan Beckensall is renowned for his investigations of rock art in County Durham and Northumberland, and his work is now celebrated through a bespoke website.

In Scotland, Ronald Morris documented rock art in many areas, including Argyll and Bute, Berwickshire, Clackmannanshire, Dumfries and Galloway, Fife and Kinross, The Lothians, The Borders, and Stirlingshire. He produced a number of illustrated publications about the rock art, and an immense archive, now curated by Historic Environment Scotland. Morris inspired other researchers such as Maarten Van Hoek, who continued his work mainly in Dumfries and Galloway. More recently, George Currie has discovered hundreds of new rock art panels, particularly in Perthshire and Angus. The impressive work of these and other individuals has made an immense contribution to rock art studies, and has shaped what we know about Britain’s rock art today.

Since the 1990s, there has been a growth in academic research on Britain’s rock art. This was triggered by the ground-breaking work of Professor Richard Bradley (University of Reading). His studies looked beyond the carvings themselves and stressed the importance of understanding why they were located in specific places of the landscape. Other important academic research projects followed on from Bradley’s work. In Scotland, these included excavation and investigation of rock art panels in Kilmartin Glen (Argyll) by Andrew M. Jones (University of Southampton). You can learn more about this research in our Rock Art and Meaning. 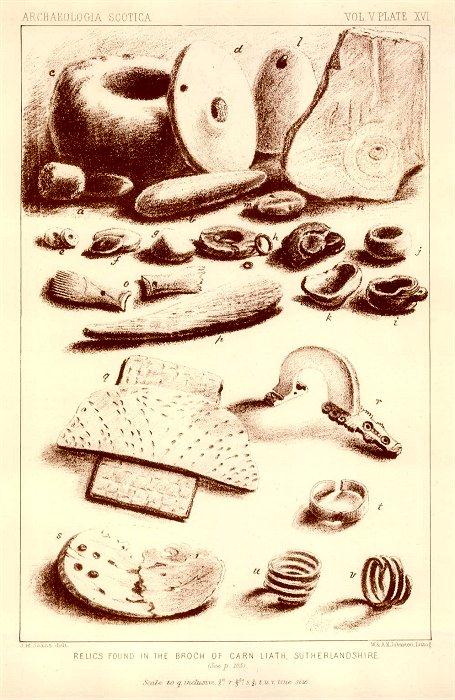 Illustration of 1873 showing artefacts found in the broch of Carn Liath (Sutherland), including a slab with carved concentric circles. 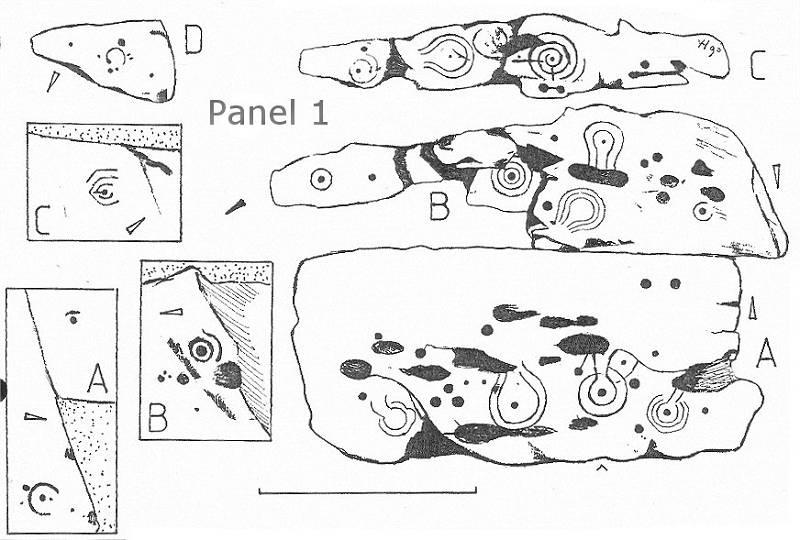