Rock Art in the wider landscape

Scotland’s rock art belongs to a wider Neolithic and Early Bronze Age carving tradition found in parts of Britain and Ireland, as well as Europe. Around 4000 carved rocks with similar cup-and-ring motifs have been recorded in England, Wales, Isle of Man, Northern Ireland and the Republic of Ireland. In England, the main concentrations lie in the northern half of the country, in Northumberland, Durham, Cumbria, Yorkshire, and Derbyshire. Few prehistoric carvings are known in Wales or Southern England, but there have been a number of recent discoveries in Cornwall and North Wales, and there could be more carved rocks waiting to be found.

The northerly distribution rock art in England may be partly due to the local geology. Most of England’s rock art is found on sandstone – a sedimentary rock that is relatively soft and easy to carve – although some is on harder rocks, such as granites and schists. It is possible that carvings were originally made in areas of limestone and chalk in Southern Britain, but have long since eroded from these softer rocks. In Ireland, rock art is particularly concentrated in the Iveragh Peninsula (Co. Kerry), Louth, and Co. Donegal.

Although the carvings are broadly similar throughout Britain and Ireland, there are distinct regional variations. These regional similarities and differences may be an important clue to understanding how Neolithic and Early Bronze Age communities were connected and shared knowledge.

In addition to cup-and-ring carvings, there is another, slightly different type of prehistoric carving tradition known in Britain, Ireland and western Europe (particularly north west France). This is termed ‘Passage Grave art’ or ‘Megalithic art’.  Passage Grave art is similar to cup-and-ring carvings in terms of its date, its distribution, and many of the motifs used. Unlike cup and ring carvings, however, Passage Grave art is almost exclusively associated with Late Neolithic and Early Bronze Age stone burial monuments. In particular, it is found in monuments called Passage Graves, which are a type of Late Neolithic chambered tomb. The carvings form an integral part of the tomb structure and appear to have been created specifically for use in these monuments. The best examples are in the Boyne Valley in Ireland. Passage Grave art is also known in Wales (in Anglesey), and in Scotland, particularly in Orkney, but there are few examples in England.

Passage Grave art includes carved motifs that we rarely find in the open landscape, such as spirals, double spirals, diamond shapes (lozenges), triangles (chevrons) and zig-zag lines. These can be arranged into complex and elaborate designs on the rock surface. Passage Grave art and cup-and-ring carvings are clearly related, but they may have had different meanings and been used in different ways. 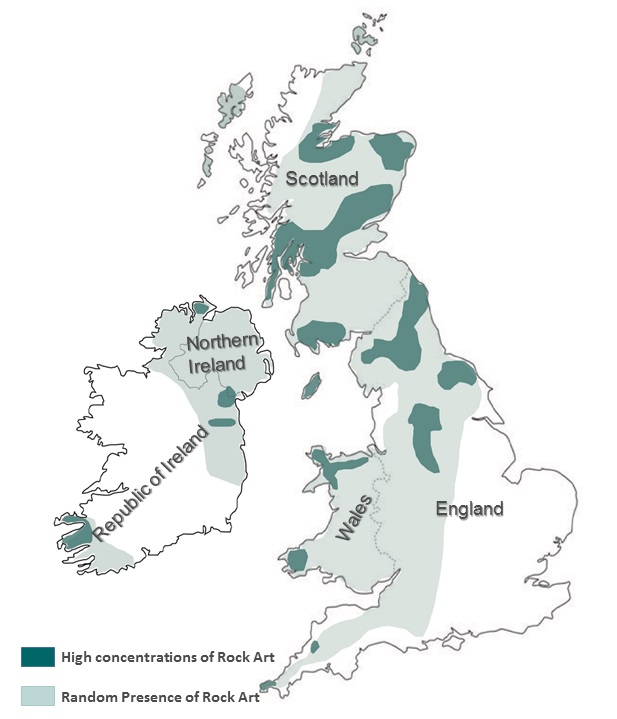 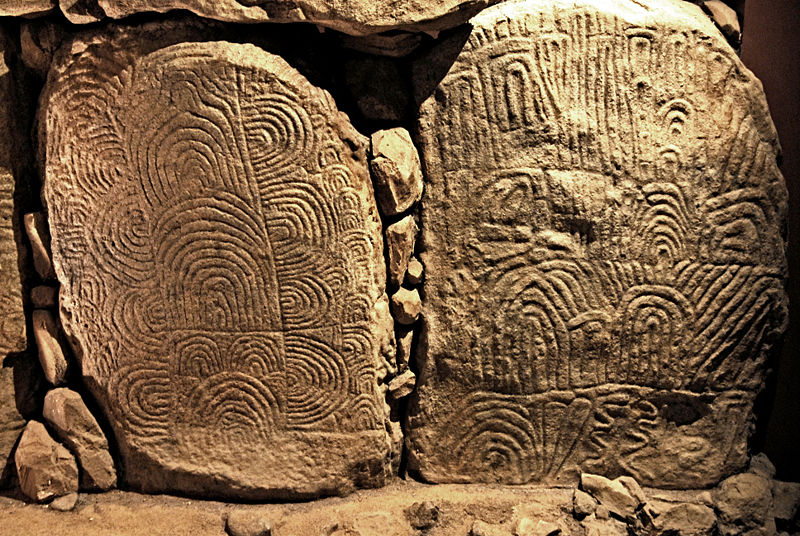 Replica of decorated slabs from the Gavrinis Passage Grave (Gulf of Morbihan in Brittany, France) in Bougon Museum (Source of image: Wikipedia) 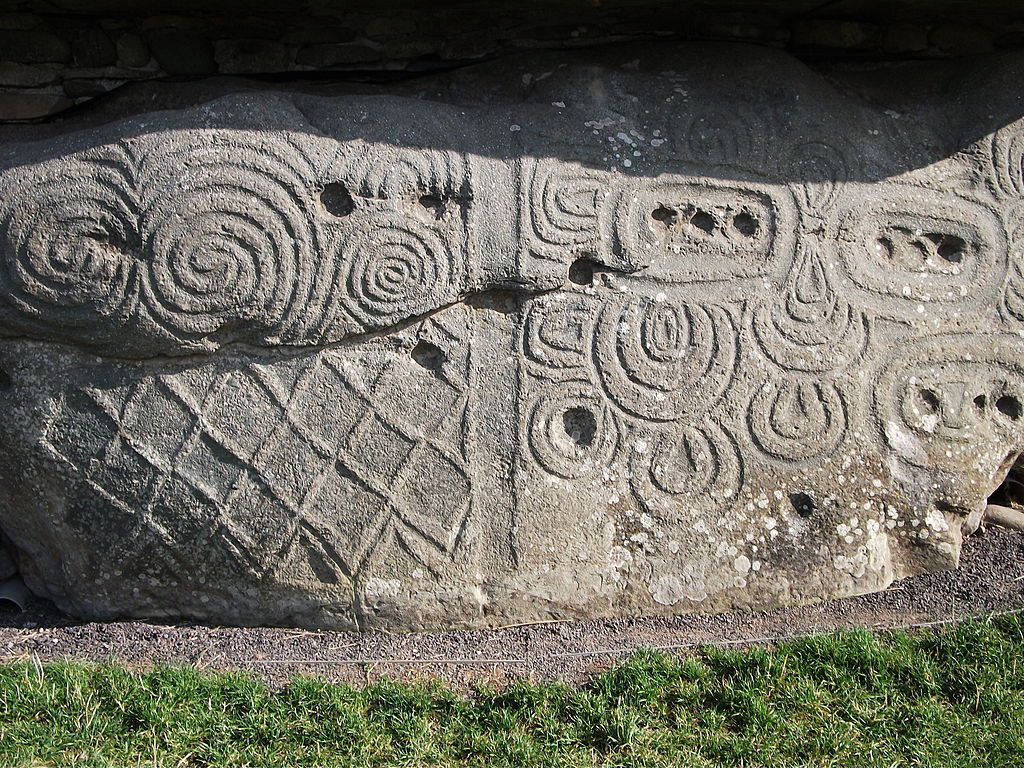 Megalithic art on one of the kerbstones of Newgrange Passage Grave (Co. Meath, Ireland) (Source: Wikipedia)