We are a small team with many years of experience of rock art research, digital recording, and working with community groups. The project also benefits enormously from the wide-ranging knowledge and expertise of our partners in Archaeology Scotland, Kilmartin Museum, and the North of Scotland Archaeological Society (NOSAS), as well as the many community groups and heritage professionals that we are working with.

Dr Tertia Barnett (Principal Investigator) has been researching and recording rock art in Britain and North Africa for over 20 years. In Britain, she has worked on a number of community-led rock art projects, including the Northumberland Durham Rock Art Project, and Carved Stones Investigations: Rombalds Moor, and also managed the award-winning Scotland’s Rural Past project, hosted by the Royal Commission on Ancient and Historic Monuments of Scotland. She is an Honorary Fellow at Edinburgh University School of History, Classics and Archaeology, where she contributes to teaching on rock art and community engagement.

Dr Joana Valdez-Tullett (Research Assistant) has wide experience in rock art research of various periods, including Palaeolithic Art. She has been investigating rock art for more than a decade in a number of western European countries (Portugal, Spain, Britain and Ireland).

Joana completed her PhD degree in 2017 at the University of Southampton, with a thesis entitled "Design and Connectivity: the case of Atlantic Rock Art". It focuses on the cup-and-ring prehistoric carving tradition and it assesses the wide distribution of Atlantic Art in Europe and the regional connections that may have originated this widespread phenomenon. Joana has extensive experience in 3D recording of rock art, namely with photogrammetry and RTI, and use of spatial analysis and network science to investigate the relationship between rock art, the landscape and its geographic patterns.

Maya Hoole (Research Assistant) is an early-career researcher with interests in Neolithic and Bronze Age Scotland. Between 2014 - 2018 she managed a research project focusing on the re-examination of a Chalcolithic Beaker burial from Caithness. This project demonstrated the value of applying new technologies to historical material from archaeological assemblages.

Maya is familiar with 3D modelling technologies, primarily in the use of photogrammetry, and has a range of experience in different visualisation techniques. She also has extensive experience working with and engaging community groups in archaeology across Scotland.

Dr Stuart Jeffrey (Co-Investigator) is Research Fellow in Heritage Visualisation at the School of Simulation and Visualisation (SimVis) in The Glasgow School of Art. His work at SimVis covers all aspects of heritage visualisation and the use of new technologies to create records, analyse, interpret, re-interpret and represent every form of heritage from built to intangible.

Current projects and research interests focus on uses of new technologies for digital recording, data visualisation and information gathering and how these processes transform and impact on the relationships between the individual, academia and broader communities of interest and the heritage being studied. Stuart was Principal Investigator on the major AHRC funded Archaeology Community Co-production of Research Data (ACCORD) project and is co-director of the Historical Archaeology Research Project Staffa (HARPS).

Dr Guillaume Robin (Co-Investigator) is a lecturer at the School of History, Classics and Archaeology, University of Edinburgh. He is interested in Neolithic monuments and the ritual use of art and architecture. His research focuses on the megalithic art of Ireland and North-West Europe, and in the rock-cut tombs of Sardinia, Italy (shown in the photo). Guillaume has considerable experience of using 3D modelling (photogrammetry) and digital visualisation methods to record and represent rock art, prehistoric monuments and archaeological landscapes. 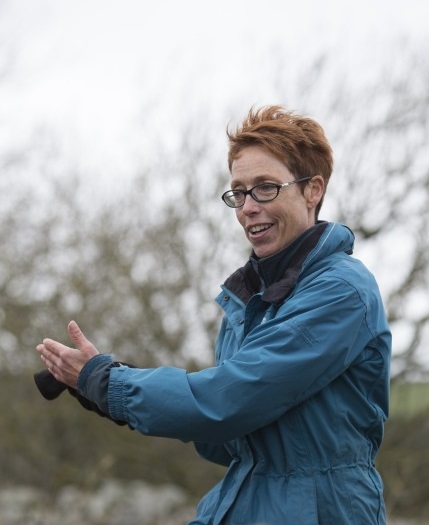 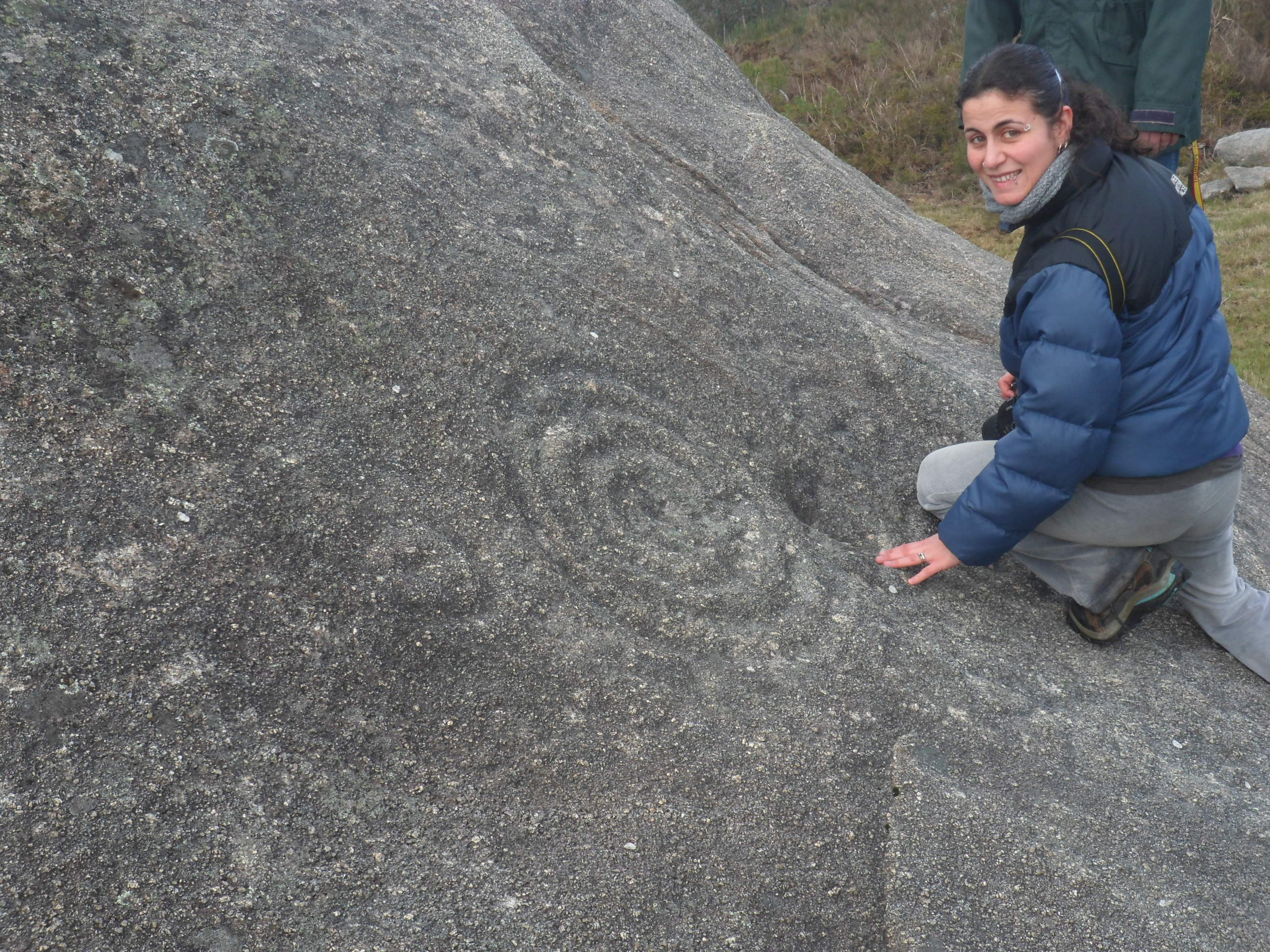 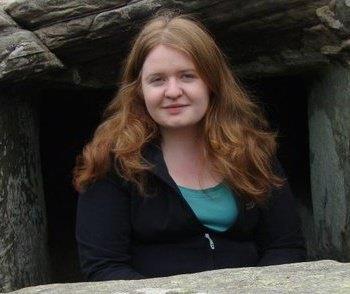 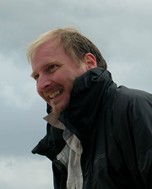 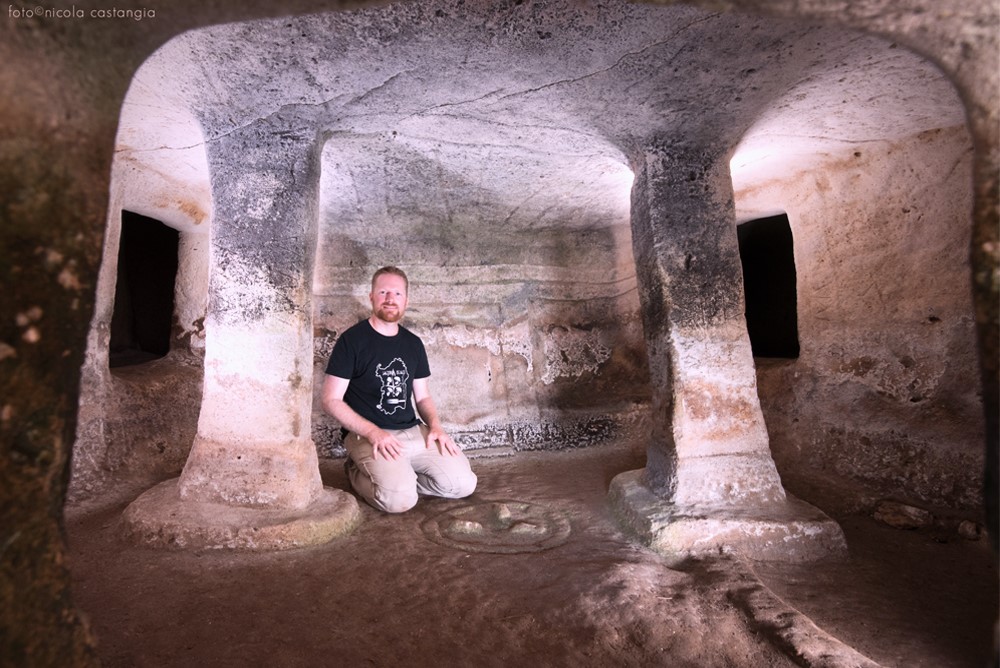 Scotland's Rock Art Project is an ambitious research-led project co-produced with communities across the country, and involving a number of specialists, institutions, and partners. Find out about us in this section!

Public engagement is at the heart of Scotland's Rock Art Project, and our research is informed by the work of our dedicated Community Teams. You can find out more about our Teams on this page!

Our database contains records for all known prehistoric rock art in Scotland. If you are part of a Community Team, a researcher, or enjoy roaming the countryside in search of rock art, this is a good place to find out more.

Our Blog is the voice of our Community Teams. This is where you can find out more about their involvement with the project, their work, and their discoveries, in their own words.

If you would like to join our project or if you simple have a burning question about rock art, don't hesitate to contact us. Find our details on this page!