Shining new light on an ancient mystery with Nick Parish

Community based groups and individuals spread across Scotland have been trained up to a level where they can independently record the sites in and around their local areas.  Many of the volunteers also join in with fieldwork carried out by ScRAP's Project Team on their visits to places where there are high concentrations of rock art.  Some of the local teams comprise existing regional amateur archaeological societies and others have been formed from scratch by interested newcomers.

I joined the project as a community volunteer in 2018 when I attended a training session held in Callander, the small town in the Loch Lomond and The Trossachs National Park where I live.  I've always had an interest in history and archaeology, seriously considering it as a degree option. My home county is Yorkshire, which has its own quite well-known petroglyph hotspots, such as Ilkley Moor, so I've had a loose knowledge and awareness of rock art for many years.

Instead, I took a career path that led me briefly onto the oil rigs as a geologist before spending the next 20 years as a health physicist in the nuclear industry.  It was this which brought me over the border to Scotland.  Both my wife and I gave up our respective careers in our forties and decided to work for ourselves, a life-changing turn of direction we have never regretted.  In the last three years or so I've gradually settled into semi-retirement and usually have time enough on my hands to indulge my own interests.  In Scotland this usually means whenever the weather is half decent! 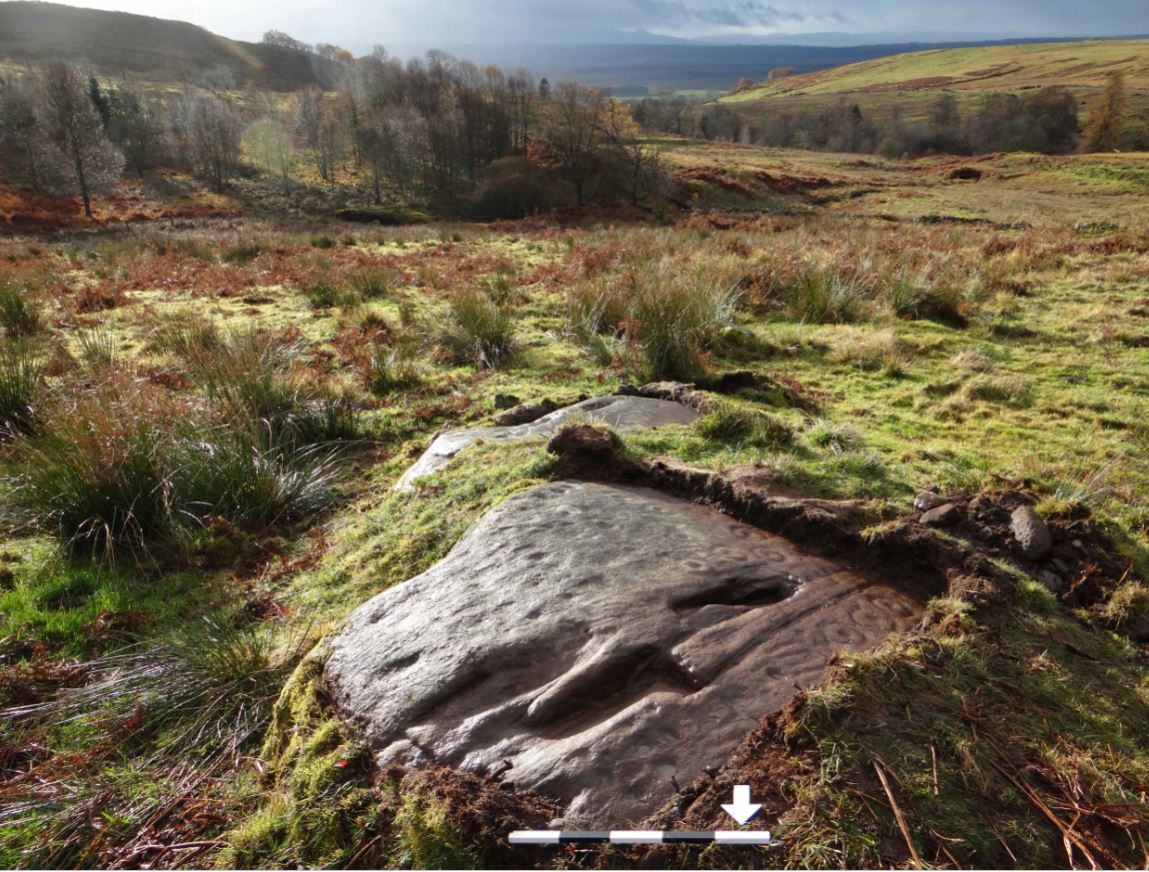 Over Glenny 12, Stirlingshire, one of many carved rocks in the area where I did the ScRAP training in 2018

After completing the ScRAP training, getting together the appropriate kit, and with the necessary apps on my phone, I was soon tramping about various highland backwaters locating and recording rock art sites. Mostly I work alone but occasionally join up with the Project Team when they come over my way.  I'm very much an outdoors person and enjoy walking and off-road biking in the Scottish hills.  Rock art recording fits in very nicely with this as a large percentage of the Scottish sites are in upland or out-of-the-way rural areas.  Plus, there are literally hundreds of rock art sites to be visited and recorded in Stirlingshire and Perthshire, all within about an hour's drive.

I do quite a bit of background checking before I visit a site, all online.  Some rocks can be quite difficult to reach, and then to find when you finally get there, so the ordnance survey map is the first point of call.  I always check the geological map as well, as the geology is fundamental to understanding both the wider landscape and its more detailed features.  Archaeological records and other references are accessed via Historic Environment Scotland's Canmore and Pastmap websites (canmore.org.uk and pastmap.org.uk) and there some amateur antiquarian sites which can also supply useful information. 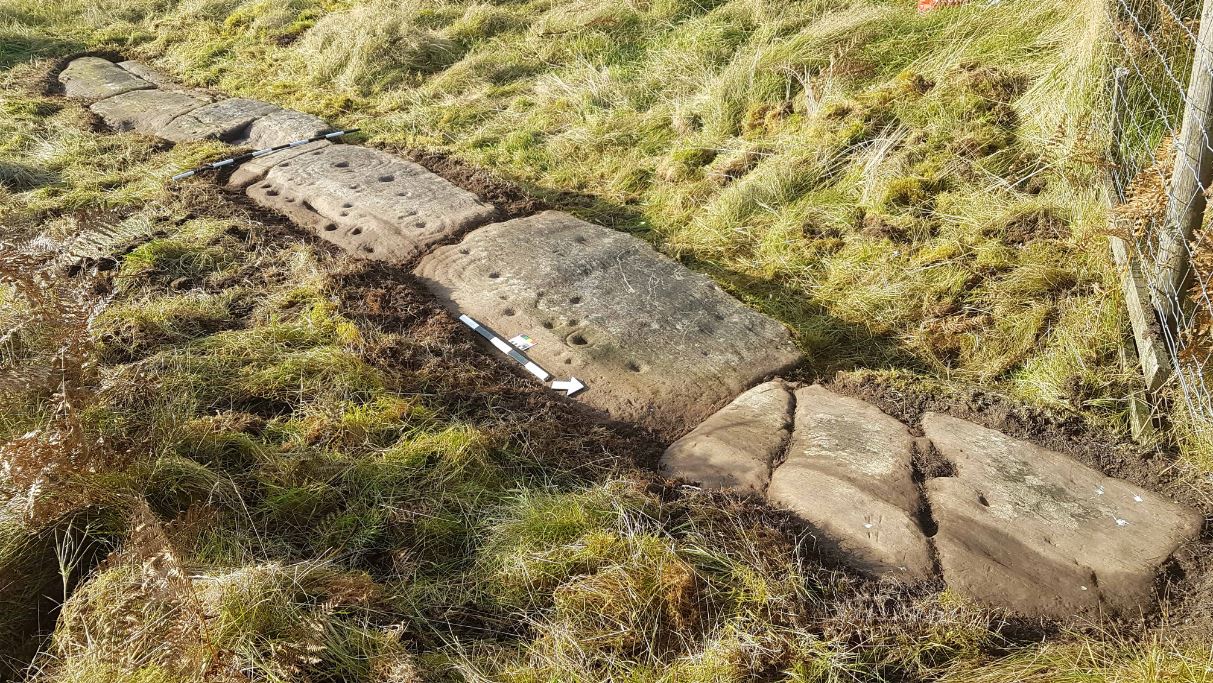 Fieldwork involves taking measurements and photos, a precise GPS reading and recording specific attributes of the rock art, which are all entered on a standard form.  I write a description and make sketches of the panel and carry out a risk assessment of various factors that could damage it.  Very importantly, a series of overlapping photographs is taken which covers the whole surface of the panel.

Back at home, I enter and upload all the information gathered in the field into the ScRAP database, and with specialised software then process the sequence of overlapping images to produce a digital 3D model of the panel.  The end results of this are fascinating and allow the often eroded and obscure motifs to be viewed with far greater clarity, potentially revealing detailed features that can’t be seen in the field.

With so many choices of where to go next, and the chance of finding completely new sites, the whole process becomes mildly addictive.  I find the fieldwork quite mindful and contemplative, especially as I'm more often than not alone in relatively remote and scenic places.  After visiting a few rock art locations you soon see similarities between them and realise the people who created these markings had a deep connection with the landscape.  You can't help but reflect on why the carvings were made and what their meaning was.  As you can imagine, theories abound, some grounded and others definitely straying into the realms of metaphysics.  My own scientific background makes me uncomfortable with interpretations that are made speculatively without any real evidence to support them. 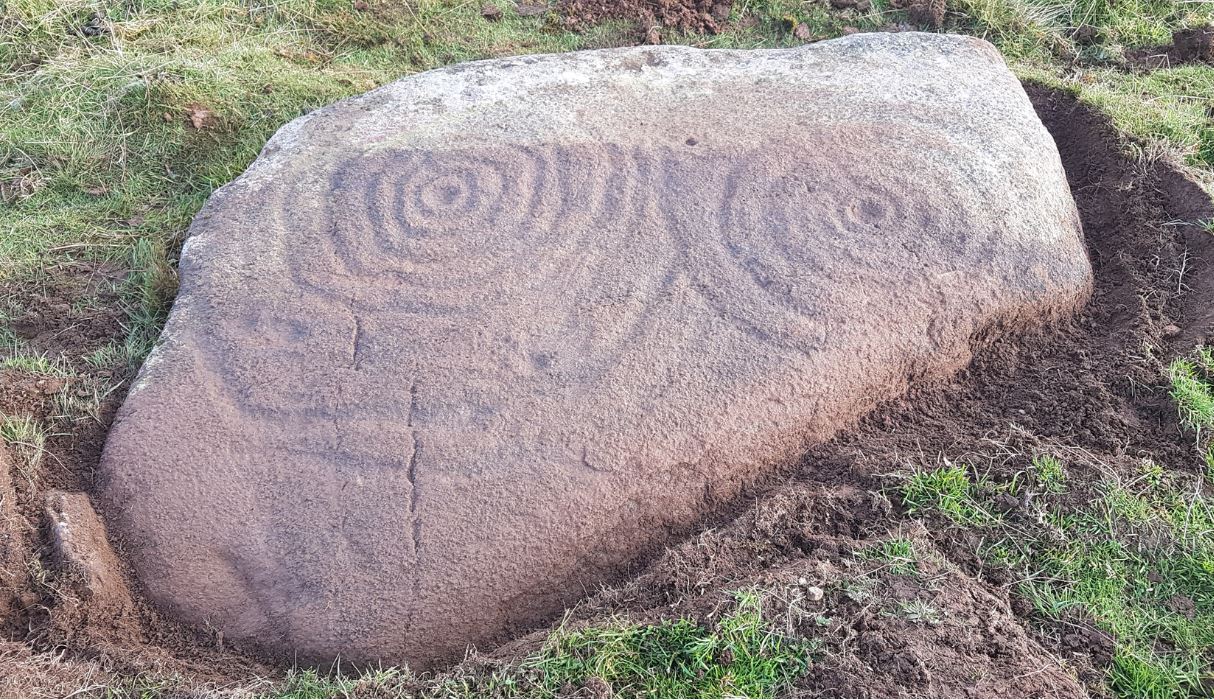 Cloanlawers 6 is a really striking carved boulder on the slopes above Loch Tay in Perthshire. There are hundreds of carved panels in this area, and I recorded quite a few of them with Tertia from the ScRAP Project Team, and Andrew from the ScRAP Killin Team

What has really struck me most about this type of rock art is not what it is, but what it's not.  Carved and painted rock art has been created in different parts of the world for at least 44,000 years. From the earliest times, humans have depicted themselves, animals and even weapons on natural rock surfaces, often to a high level of artistic quality and including some sort of narrative, such as a hunting scene.

Yet in Britain's Neolithic and Bronze ages this fundamental instinct to portray that animate world was precluded.  So why the difference?  To me this indicates that a system or discipline operated that had some sort of formality behind it.  There is a 'code' locked away, and ScRAP's data analysis might just possibly hold the key.

Of course, the people who carved these rocks perceived the world in a very different way from us.  The complexity and apparent randomness of their designs may ultimately shroud their meaning and the stones will be allowed to keep their secrets forever.