Dr George Nash (Geosciences Centre of Coimbra University, ITM, Portugal): Is Wales a prehistoric rock art backwater? New discoveries and ideas for why it is not!

About the talk: During the mid-19th century, antiquarian James Simpson published a book on ancient carvings in Britain, and within this volume the Neolithic sites of Bachwen (Llyn Peninsula) and the Calderstones (Liverpool) are discussed and illustrated.  Moving 75 years on, the Neolithic passage grave site of Byn Celli Ddu is excavated. Discovered within this multi-phased monument is a central pit and a covering stone that is engraved with a continuous wavy line.  Later on, in 1952-3 the Neolithic passage grave of Barclodiad y Gawres reveals five engraved stones that form part of the main galley. Over the next 40 years little rock art was reported in Wales. Indeed, up 2004, only 15 rock sites were listed within the four Welsh Sites and Monument Records. However, by mid-2020 the site list had increased to 115 sites. The predominant engraved motif was the cupmark. Unsurprisingly, this motif, was distributed on mainly Neolithic and Bronze Age burial-ritual monuments and was found across many of the areas of Wales where such monumentality survives. In this lecture, and based on current research, I will discuss the history of investigation, explore the distribution and suggest why Wales in not a rock art backwater.  Moreover, forms part of a superhighway where ideas and commodities move from region to region, providing essential links between the Irish Sea Province and elsewhere in North-western Europe,

About George: Dr George Nash is an Associate Professor at the Geosciences Centre of Coimbra University - (u. ID73-FCT), ITM (Earth and Memory Institute) in Portugal. George has been a professional and academic archaeologist for the past 30 years and has undertaken extensive fieldwork on prehistoric rock art and mobility art in Brazil, Chile, Denmark, Malaysia, Norway, Sardinia, Spain and Sweden. During the mid-1990s, George directed excavations at the La Hougue Bie passage tomb on Jersey, one of Europe’s largest Neolithic monuments, and has recently directed excavations at the Neolithic sites of Trefael and Trellyffaint in South West Wales.

George has written and edited many books on prehistoric art and monumentality including Status, Exchange and Mobility: Mesolithic Portable Art of Southern Scandinavia (1998), European Landscapes of Rock-art (2001), The Figured Landscapes of Rock-art: Looking at Pictures and Place, edited with Christopher Chippindale (2004), The Architecture of Death (2006) and Art as Metaphor edited with Aron Mazel and Clive Waddington (2007). In 2012-13 George undertook fieldwork in Brazil, then in central Chile (2013 and ongoing), southern Israel (2014 and ongoing) and South Wales (2010 and ongoing). His work in South America culminated in an edited volume on South American rock art, published by Routledge in 2018. 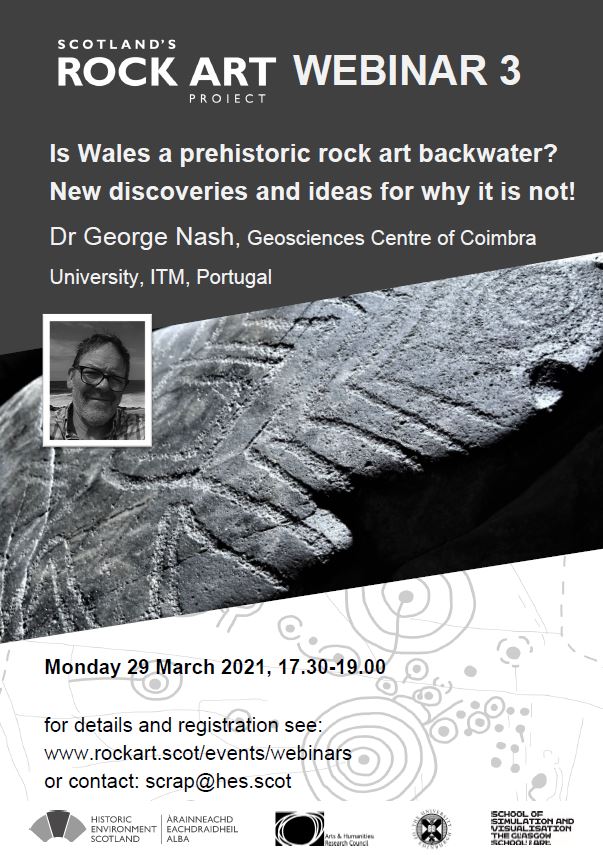